Can you visit all of Yellowstone National Park on a one-day trip?

You could, if you made no stops whatsoever. And even if you made stops for meals and for every highlight dotted along the Grand Loop Road, you’d be able to see the entire Park in one day.

But what’s the fun in that? As a premier vacation spot, Yellowstone National Park is experienced over several days, one great day at a time. And yet: how best to spend those individual days? There are so many things to see, between the geyser plains and the Grand Canyon of the Yellowstone and all the lovely distance that separates them.

Thankfully, there are many ways you can make the most of a day in Yellowstone National Park, many itineraries that can be followed or thought up. A one-day trip to Yellowstone doesn’t mean you have to vacate the Park.

Below is one such itinerary, one of many that can be undertaken on a Yellowstone vacation.

Going from Mammoth down to Canyon in the course of a day, there’s no need to rush out early in the morning. Take the time to get some breakfast, sip some coffee in the Map Room in the Mammoth hotel, or visit the Albright Visitor Center, open 8 a.m. to 7 p.m. during the summer season.

If you want a sit-down breakfast in the Mammoth area, your best bets are either the Terrace Grill or the Mammoth Hotel Dining Room. The latter has a breakfast buffet; the former is geared more around à la carte and continental breakfast. Otherwise, if you’re itching to get on the road, then just stop quickly at the General Store.

The road between Mammoth Hot Springs and Tower Junction is only 18 miles long, but there are several stops you can make along the way.

Located just outside Mammoth Hot Springs, Undine is a roadside gem. If you want to get a closer look, there’s a short path you can walk along.

Keep an eye out for swans or other waterfowl in this pond, which will be on your left as you drive toward Tower.

Forces of the Northern Range

This half-mile boardwalk makes for a fun stop. Besides teaching you about how the landscape around you was formed, the Forces stop also gives you a close-up view of Yellowstone’s idyllic beauty.

Fair warning upfront: Blacktail Plateau Drive is unpaved, which often means no driving when it’s too rainy. It also means you’ll miss a close-up view of Floating Island Lake, unless you double back at the exit. However, if you’re so inclined, the six-mile drive on Blacktail Plateau affords ample opportunities to sightsee both scenery and perhaps some wildlife.

If you forgo driving on Blacktail Plateau Drive, this will be the next attraction you see. Another great place to have chance encounters with waterfowl and even (if you’re lucky, depending on the season) some moose.

One of the most well preserved ancient redwoods in the world. Although it’s fenced off from close inspection, Petrified Tree is nonetheless an impressive feature. Also located near the Lost Lake trailhead, for anyone inclined to hike. 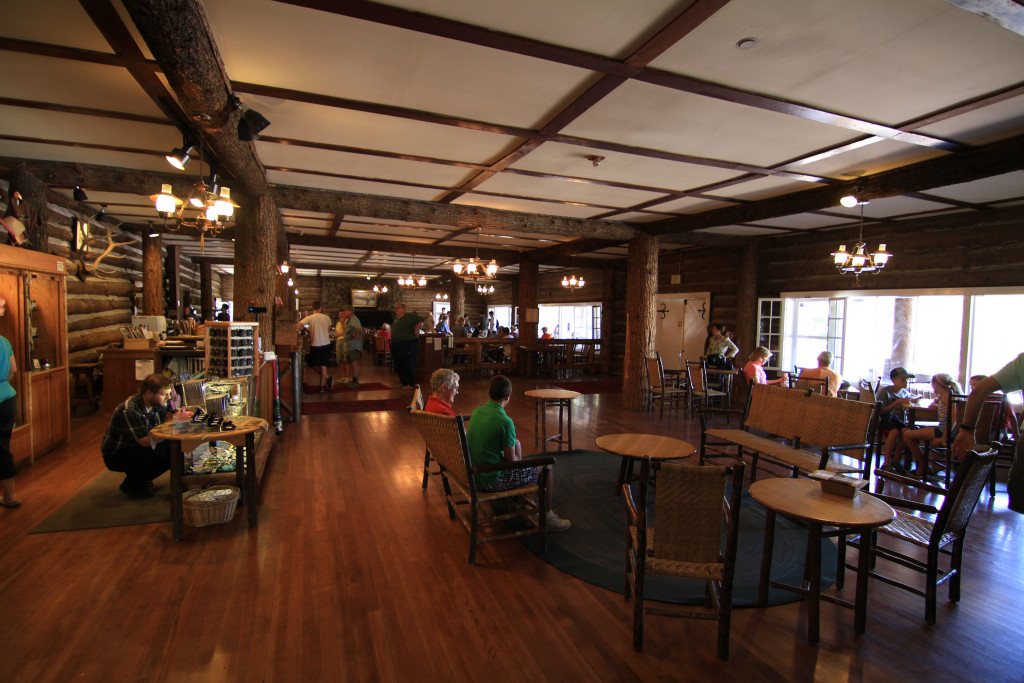 The Roosevelt Dining Room is one of the best, and most underrated, restaurants in the Park. However, if you’re looking for something quicker, you’re better off going to the Roosevelt Mini Store or waiting until you get to Tower, where you can poke into the General Store.

Between Tower-Roosevelt and Canyon

The road between Tower and Canyon is only 19 miles in length. However, it will undoubtedly take you longer than the Mammoth drive, since you’re ascending 1,648 feet over the course of it.

Visible eastward from the Tower area, Specimen Ridge contains the largest concentration of petrified trees in the world. Although you can’t get as close to them as you can to Petrified Tree, they are nonetheless a sight to see. The natural highlight of the Tower-Roosevelt area, formed by the plummet of Tower Creek 132-feet from top to bottom. This cascade is contrasted with towering volcanic rock, slowly worn through the eons.

Accessible via Chittenden Road, Washburn entails a separate trip in and of itself—6.4 miles round-trip, ascending 1,400 feet! It’s a possible stop if you want to get some truly astounding panoramic mountain views.

Dunraven Pass marks some of the most difficult, winding driving in the Park, but it’s easy-going as long as you’re calm and easy-going too. Remember: this isn’t a race.

The actual hot springs aren’t accessible from here—they can be reached via the Washburn Spur Trail, which is a fairly rough trail recommended for serious hikers only with no heart or respiratory problems—but the view from the overlook is breathtaking in and of itself.

Grand Canyon of the Yellowstone

One of the most marvelous attractions in Yellowstone National Park, the Grand Canyon is bookended by two iconic falls: Upper Falls (308 feet) and Lower Falls (109 feet). There are a number of lookouts scattered along the rims, depending on what portion you want to see. Upper Falls is more easily viewed from the brink of the Upper Falls Trail and from Uncle Tom’s Trail. Lower Falls, meanwhile, can be seen from Lookout Point, Red Rock Point, Artist Point, Brink of the Lower Falls Trail, and along the South Rim trail.