How Christmas in August Became An Annual Yellowstone Tradition

Christmas in August has been a longstanding tradition in Yellowstone National Park, but its origins are nebulous.

The Park-wide celebration takes place in every hotel in the Park, with holiday trees erected in hotel lobbies and cookies passed out to patrons. It’s a festive time, but there are several stories and theories regarding how/why Christmas in August came to be.

A likely apocryphal story holds that the Park was beset by a surprise blizzard sometime between the 1930s and 1950s, which stranded visitors and inspired a Christmas-style celebration. It sounds very pretty, but very unlikely, although snow has been known to occur around Christmas in August.

However, the more likely origin of Christmas in August (in Yellowstone National Park) comes from a celebration among park concessionaire employees originally called “Savage Christmas,” which had its own origins.

Originally, the employees (called “savages,” according to the list of Yellowstone Lingo in the 1953 Haynes Guide) would have a celebration in July. Alternately called “Christmas in July” and “Savage Day,” the festivities were not widely documented—late Park historian Aubrey L. Haines had a difficult time tracking down records of the event, which likely happened in employee housing. From a 1977 Haines letter, cited in Yellowstone Science Volume 9, Number 3:

I have checked my notes for references to the Yellowstone employee “Christmas” celebrations, but can find only one reference—a note from Jack Haynes in 1947, “O.F. Savages held annual celebration, 7/25.”

The “Christmas” being just employee fun didn’t get much official notice. I think it goes away back before the War, as I seem to remember it the summer of 1939 when I was assistant DR [District Ranger] at Old Faithful; but we didn’t pay much attention so long as they stayed out of trouble.

There are several reasons being thrown around as to why the celebration was moved from July to August and how it went from being “Savage Day” to “Savage Christmas” to “Christmas in August.” The first is that Superintendent E.B. Rogers asked the major concessionaires at the time (Yellowstone Park Company, Hamilton General Stores, and Haynes Picture Shops) to put an end to “Savage Day” out of fear it would impinge on the visitors’ experience. After 1953, Savage Day was no more. By 1955, Savage Christmas had come to be, according to the Yellowstone Weekly News. 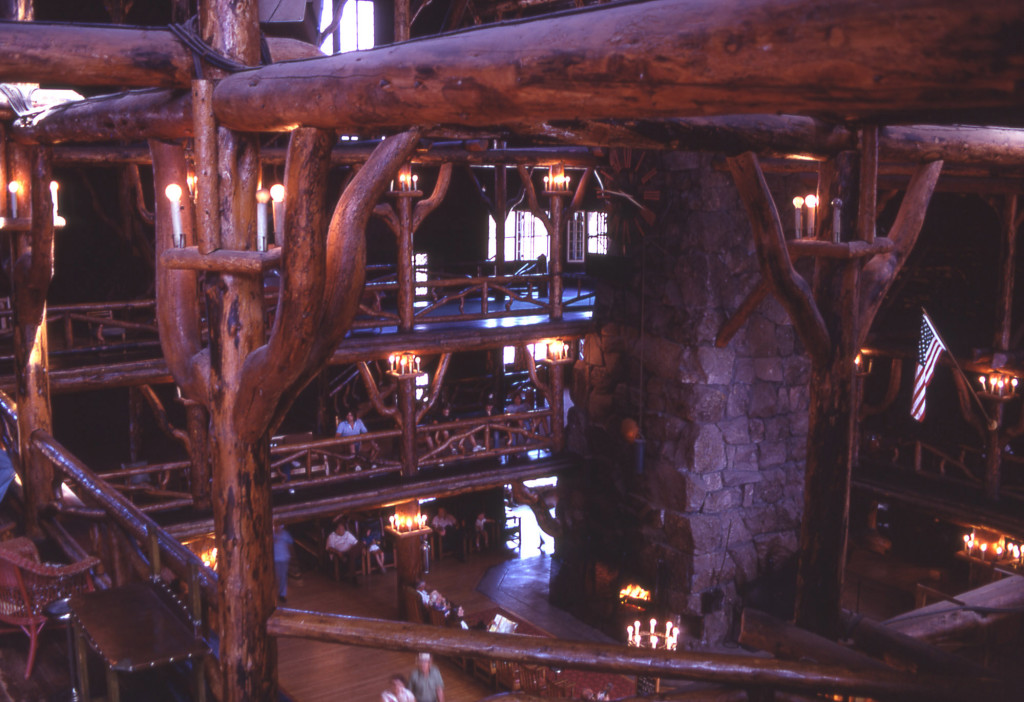 In addition to all this, there was movement in the late 1940s by Warren W. Ost, an Old Faithful bellman and Princeton divinity student, to introduce a “student ministry” to Yellowstone National Park. Ost would go on to create and direct A Christian Ministry in the National Parks. Ost, along with fellow student Donald Bower as well as the other ministry members, are credited with bringing a more serious tone to the late summer Christmas celebration.

In addition, in 1949, Ost acted as conductor for the Old Faithful Choral Society, and may have imbued it (and the other Park societies) with Yuletide fervor. By 1951, choirs in Mammoth, Old Faithful, Canyon, and Lake were preparing to perform “Messiah” by George Friedric Handel, an event that became an annual tradition from then on until the early 1990s.

If the celebration of Christmas in July had still been going strong in the early 1950s, when the Messiah tradition began, it would have been logical to have the Messiah performance coincide with it. But with only a short season in which to prepare, an August date for the concert would have been more reasonable, and this may have been a factor in the July-to-August switch … As the culmination of much hard work, a presentation of the Messiah would have coincided with a celebration of the holiday of Christmas, with gifts to be given just before packing up for the return to home or school.

And of course, August 25 marks the anniversary of the National Park Service, so the timing of a Christmas in August celebration in Yellowstone could not be more auspicious.